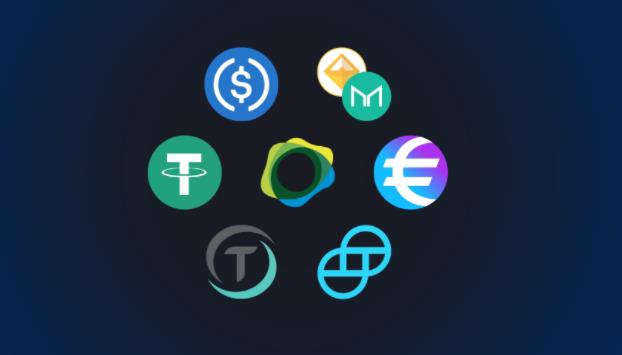 Stablecoin Interest Rates Are as High as 20% For a Long Time, Is Anchor Also a Ponzi?

Terra can be said to be the public chain with the most complex financial architecture design in the current crypto industry. The issuance and anchoring model of its native stablecoin UST has also sparked many heated disputes. In this paragraph, we will not discuss whether Terra is a Ponzi scheme, but focus on two important interest rates in its ecology: Luna’s PoS pledge rate and Anchor’s UST deposit rate.

Who is the risk-free rate on Terra?

Since Terra’s main goal is not simply to build a smart contract platform, but to issue the stablecoin UST and promote its adoption. Therefore, Terra’s economic model is also significantly different from other smart contract public chains. Terra’s native token, Luna, is not only used to pay public chain gas fees and participate in governance, but also to issue stable currency UST by burning Luna.

Therefore, for Terra, it seems that there are two sets of currency systems in its ecology, and these two tokens also have relatively independent interest rate systems. One of them is the Luna interest rate determined by Terra’s PoS pledge yield, and the other is the UST stablecoin deposit rate provided by Anchor, a well-known deposit application in Terra.

Currently, Luna’s interest rate is around 7%, while UST’s deposit rate in Anchor is as high as 19.4%.

So, who can represent the risk-free interest rate of Terra ecology?

According to the previous analysis, the PoS pledge yield guaranteed by the coinage can be considered as risk-free. Therefore, Luna, which can be PoS staking in Terra, and its yield are obviously more suitable as Terra’s risk-free rate.

So the next question is, can the UST deposit rate of up to 19.4% offered by Anchor also be regarded as a risk-free rate? In other words, is the interest rate provided by Anchor also guaranteed by the coinage, or is it from the normal operating profit of the agreement? Is there even another possibility that Anchor is nothing more than a Ponzi scheme that repays the old with new ones?

Is Anchor a Ponzi scheme?

Keeping stablecoin yields close to 20% paid to depositors for a long period of time, even in the crypto industry, is clearly unsustainable. So, what mechanism does Anchor rely on to maintain this abnormal level of revenue? To answer this question, we first need a proper analytical framework.

The current mainstream encrypted economic systems can be basically divided into two categories. One is that the protocol directly controls the minting power of the native currency in the system, and the minted tokens are used as the main means of payment in the economic system, such as public chains, chain games, etc. economic system. This type of economic system is very similar to the national economy in the real world because it involves the issuance and recovery of currency, so it needs to use a more complex macro analysis framework to analyze it.

Another economic system is an application such as Anchor or Lido. Its basic business model is to obtain profits by absorbing resources outside the system and managing and adding value to it. This type of economic system does not have the right to issue and withdraw the settlement currency within the system, so it is more similar to a traditional profit-oriented company. Therefore, if you want to analyze this type of application, you can directly apply the classic financial analysis framework, that is, describe it through the balance sheet and income statement.

Of course, some people will say that the Anchor protocol has also issued its own native token ANC, which also has the right to issue currency. Yes, but these tokens will not participate in the main business operated by Anchor, that is, the asset management business of UST, and will not be used by any economy as the main payment and settlement intermediary. As such, these tokens are essentially more like stocks of companies that capture value by profit or governance rights, rather than currencies that circulate in a virtual economic system.

In other words, without the participation of ANC tokens, Anchor’s UST deposit and loan business will not be affected in any way, and it can still continue to operate according to the current business logic. As such, ANC is not an organic integral part of Anchor’s business, but merely serves as an external credential for capturing profits or distributing governance rights outside the system.

The significance of the existence of ANC is to discount the future profit expectations of the protocol and to subsidize users in the early cold start stage of the project. This is very similar to the subsidy war in the early Internet industry, except that the red envelopes issued are converted from cash to company stocks.

Next, let us analyze the composition of Anchor’s deposit income directly through the traditional income statement.

Anchor’s biggest and only cost is paying depositors interest on deposits. Here we take the data on March 31 as an example for calculation. Currently, the deposit size of UST in Anchor is about 12 billion UST, and the deposit interest rate is 19.4%, so the daily cost of Anchor is about 6.4 million UST.

Anchor’s income consists of two parts, one of which is the loan interest charged by Anchor when it makes loans to the outside world.

From the screenshot above, we can see that the interest rate paid to Anchor for lending UST from Anchor is 12.69%. Of course, since the lender will receive ANC tokens, its actual loan cost is only 4.45%. But these subsidies only reduce the cost for users and have no direct impact on Anchor’s protocol revenue. Therefore, Anchor’s daily interest income is still 32.1 billion UST*12.69%/365, which is approximately equal to 1.118 million UST.

Another part of Anchor’s income comes from the collateral pledged by the lender into the Anchor protocol, that is, the income generated by the liquid pledge certificate bLuna during the mortgage period.

In addition, it can be seen from these data that, as the main source of income of Anchor, the interest rate generated by the three collaterals supported by Anchor currently does not exceed 10%. That is to say, even if the size of the collateral increases to twice the size of the total deposit, the income generated will not be able to cover the cost of interest expenses. Therefore, Anchor’s current business structure, regardless of market conditions, cannot be profitable on its own.

After the statistics just now, we can finally conclude that Anchor’s daily net operating profit is 1.118 million + 1.1 million-6.4 million, which is approximately equal to -4.18 million UST. That said, Anchor is currently losing more than $4 million a day just to keep the business running.

The next question is, where does this money come from? You must know that Anchor itself does not have UST coinage rights. If the seigniorage cannot be levied on the entire system by printing money, then the only way to make up for losses is to borrow new ones to repay the old ones, and to obtain subsidies from outside the system, which is also the basic decision of Anchor. key part of nature.

Fortunately, Anchor chose the latter method, which is to establish a reserve pool through external subsidies to make up for daily operating losses.

The subsidy reserve pool was established last year with an initial funding of approximately 70 million UST. After this part of the funds was exhausted, Terra official (Luna Foundation Guard) made a second round of capital injection of about 500 million UST in February this year. As of now, the account has only $360 million in funds remaining. According to the current speed of burning money, it can only be supported for another 3 months.

Therefore, currently only about 6.7% of the 19.4% interest received by Anchor depositors actually comes from Anchor’s income from operating the lending business, while the remaining 12.7% of the income comes from the Terra Treasury through transfer payments And the establishment of subsidy fund pool. So for Anchor’s savings users, it’s a financial game of reducing UST circulation in exchange for Terra’s financial subsidy.

Simply put, Anchor’s interest rates are derived from commercial profits and subsidies, much like large central enterprises that take the initiative to take losses in order to undertake national phased strategic tasks, and maintain operations through continuous capital injection by the Ministry of Finance. Therefore, Anchor’s interest rate is essentially a commercial credit plus an invisible guarantee from the public chain Ministry of Finance. The yield of Luna is completely guaranteed by the coinage right, which reflects the sovereign credit of the public chain Terra. (Commercial credit is secured by commercial profits, and sovereign credit is secured by minting rights.)

Therefore, for the question at the beginning of this article, we can now give a clear answer, that is: Anchor is not a simple Ponzi scheme, but Anchor’s current business model is obviously unsustainable.

What is the endgame for Anchor?

Anchor’s current model is obviously unsustainable, but Anchor’s future is not up to Anchor to decide. As mentioned above, the main significance of Anchor’s existence at this stage is to cooperate with the Terra team to achieve phased strategic goals.

And this strategic goal is to build a reservoir for UST before Terra finds the real main usage scenario of UST. If the subsequent promotion of UST is relatively smooth, Anchor can gradually reduce subsidies and deposit interest rates to gradually release the liquidity of UST to the market.

If the promotion of UST is not smooth enough, Anchor must continue to use high subsidies to recover liquidity in order to prevent the issuance of UST and the token price of Luna from entering a death spiral. The main reason for innovation.

Therefore, from the current stage of development, Terra clearly adopts a strategy of exchanging space for time to gradually promote the use of UST. It has to be said that this is a strategic choice that is extremely ingenious and also quite bold. However, in the limited time exchanged through Anchor, whether Terra can find a truly suitable usage scenario for UST will be the core proposition for the Terra team to test for a while in the future. The answer to this key proposition will ultimately determine whether Terra will become a great financial innovation or another blockchain scam that will eventually collapse.

Although we still do not dare to easily predict the outcome of Terra, according to the current consumption rate of Anchor reserves, we will most likely wait for the breaking point of this financial game this year.