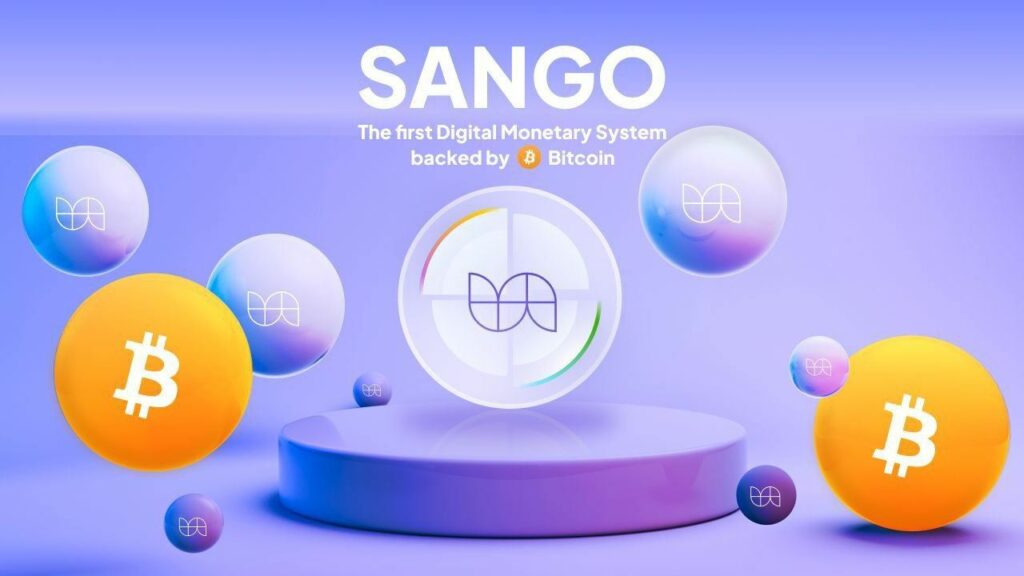 PRESS RELEASE. Sango, the Central African Republic’s crypto-initiative, has set off a wave of excitement in the crypto space, fuelling curiosity and anticipation. Supported by a comprehensive Legal Framework, Sango will enable the creation of both the digital and physical infrastructure that would aid its development. SANGO will be partially backed by Bitcoin, meaning that will build up on an already existing strong foundation.

What does “backed by Bitcoin” really means?

Let’s set things straight: SANGO, the coin of the Sango sidechain, will be fractionally backed by Bitcoin, which in simple terms means that the Central African Republic Treasury will consist of a Bitcoin reserve fund.

Historically speaking a country’s currency would be backed by reserves of gold, as has been the case until the Bretton Woods agreement. Bitcoin is also known as digital gold, being the best store of value within the blockchain space. Thus, Bitcoin is regarded as a highly valued commodity, and will be the store of intrinsic value for a currency. Also Sango will be pegged to Bitcoin, meaning that anyone will be able to operate with wrapped Bitcoin (s-BTC) in the Sango ecosystem.

As you might know, the 70s had brought the depegging of the US Dollar from gold, causing an infinite supply of money to be potentially printed if needed. Nevertheless, inflation had become a common problem plaguing traditional Fiat currencies. On the other hand, Bitcoin represents a decentralized currency, which is not bound to any central authority. Thus Bitcoin is the optimal solution for a digital store of value, allowing citizens to democratize money and currency.

Also backed by Bitcoin means that it will build on the strong technical foundation and the most secure and decentralized cryptocurrency network in the world.

Through its established reputation, secure blockchain, and public, unalterable ledger, a strong foundation is set for the Central African Republic in improving the lives of its citizens by enabling access to financial amenities and ensuring a fair and transparent distribution of wealth. In spite of how some people have seen the initiative, Sango will allow citizens to enjoy a modern and digital monetary system, with unbanked citizens gaining access to the global financial system.

According to President Faustin-Archange Touadéra in the Sango Genesis event, “the Sango Coin will be the currency for the next generation”. This implied sense of confidence and assurance is an immediate result of its ‘backed by Bitcoin’ element, which creates confidence and reliability within the initiative. If having the support of the President and Government was not sufficient, building on the foundation of Bitcoin offers endless benefits, mostly because of its decentralized nature and limited supply. These benefits include, partial decentralization and no risks of de-pegs, differentiating SANGO from stablecoins and CBDCs and ensuring that current monetary problems will be surpassed.

It’s also been inferred that the population will have the most to gain with Bitcoin as the digital store of value behind SANGO. Citizens will be endowed with democratic control over the new digital monetary system, needing nothing more than a smartphone to make instant payments and receive money securely, finally removing the need of a traditional banking sector. There is already a wider vision behind SANGO, as the President puts it: “a common cryptocurrency and an integrated capital market that could stimulate commerce and sustain growth”.

In spite of its many detractors and doubters, SANGO has already attracted the attention of many important crypto figures, including CZ (Changpeng Zhao) and Michael Saylor, but also praise from other African countries exploring the possibilities of adopting a similar system.

It is clear that Sango has already produced a massive disruption, leading the way forward for further adoption of Bitcoin. It is a major step for cryptocurrencies, as they finally lead the way for a monetary revolution and allow people utmost control over their money.