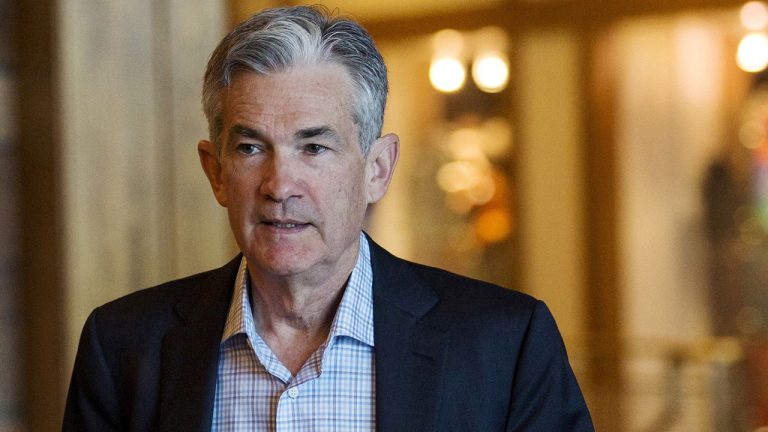 On Friday, Jerome Powell spoke at the annual Jackson Hole Economic Symposium and the Federal Reserve chair explained that the U.S. central bank is focused on fighting the country’s red-hot inflation. Powell stressed at the event that strict monetary policy is necessary, and his commentary hinted that the Fed won’t hit the brakes on monetary tightening until inflation is tamed.

Jerome Powell had a lot to say on Friday while the Fed’s chief spoke for ten minutes at this year’s Jackson Hole Economic Symposium hosted by the Federal Reserve Bank of Kansas City. The event dubbed “Reassessing Constraints on the Economy and Policy” featured a number of the world’s central bank officials and policymakers.

Powell discussed inflation in the U.S. and he noted that doing away with the country’s price volatility will take “some time.” Powell further warned that the Fed’s battle with inflation will bring “some pain to households and businesses.” Despite the pain, Powell insisted that it was the “unfortunate costs of reducing inflation.” The 16th chair of the Federal Reserve added:

But a failure to restore price stability would mean far greater pain.

The statements did not sit well with Wall Street investors and the Dow Jones dropped 3% on Friday, recording the worst day the Dow has seen since May. Tech stocks stemming from the Nasdaq composite finished down 4% at the closing bell. Cryptocurrency markets shed 6.1% in 24 hours, and gold and silver also took percentage losses during Friday’s trading sessions as well. During the speech, Powell opined that higher interest rates will slow growth and that “softer labor market conditions will bring down inflation.” Powell continued:

At some point, as the stance of monetary policy tightens further, it likely will become appropriate to slow the pace of increases.

Essentially, Powell promises “forceful and rapid steps to moderate demand” in order to to “keep inflation expectations anchored.” The trend, he said, will continue, and the Fed will keep tackling inflation until the U.S. central bank is “confident the job is done.” Powell detailed that price stability is “the bedrock” of the U.S. economy, and he emphasized that the Fed’s “responsibility to deliver price stability is unconditional.”

Credibility Lost? Powell’s Jackson Hole 2022 Statements Are a Whole Lot Different Than Comments Made in 2021

The University of Chicago Booth School of Business deputy dean and former Fed governor Randall Kroszner told CNN that he believes the Fed is still credible, despite the criticisms against the U.S. central bank ballooning the balance sheet and saying inflation would be “transitory.” “Fortunately, the Fed has not lost credibility, and that’s something I think they will continue to rely on,” Kroszner told CNN on Friday.

@federalreserve has zero credibility…. And I’m certain Jerome Powell won’t address the fact that the balance sheet wind down isn’t going as planned.

Powell’s recent statements are a whole lot different than the comments he made last year at the 2021 Jackson Hole Economic Symposium. “Inflation at these levels is, of course, a cause for concern,” Powell said last year. “But that concern is tempered by a number of factors that suggest that these elevated readings are likely to prove temporary.”

At last year’s Jackson Hole gathering, the Fed chair doubled down on his belief that the rising U.S. inflation would not last long, and that the central bank would be able to keep the 2% target inflation rate locked tight. The speech recorded last year in Kansas City has been used on multiple occasions to highlight the Fed’s lack of credibility.

“Longer-term inflation expectations have moved much less than actual inflation or near-term expectations, suggesting that households, businesses, and market participants also believe that current high inflation readings are likely to prove transitory and that, in any case, the Fed will keep inflation close to our 2 percent objective over time,” the Fed’s head banker Powell added at the 2021 Jackson Hole gathering.

What do you think of Jerome Powell’s hawkish statements about reducing inflation and how the Fed’s battle may bring “some pain to households and businesses?” Let us know what you think about this subject in the comments section below.