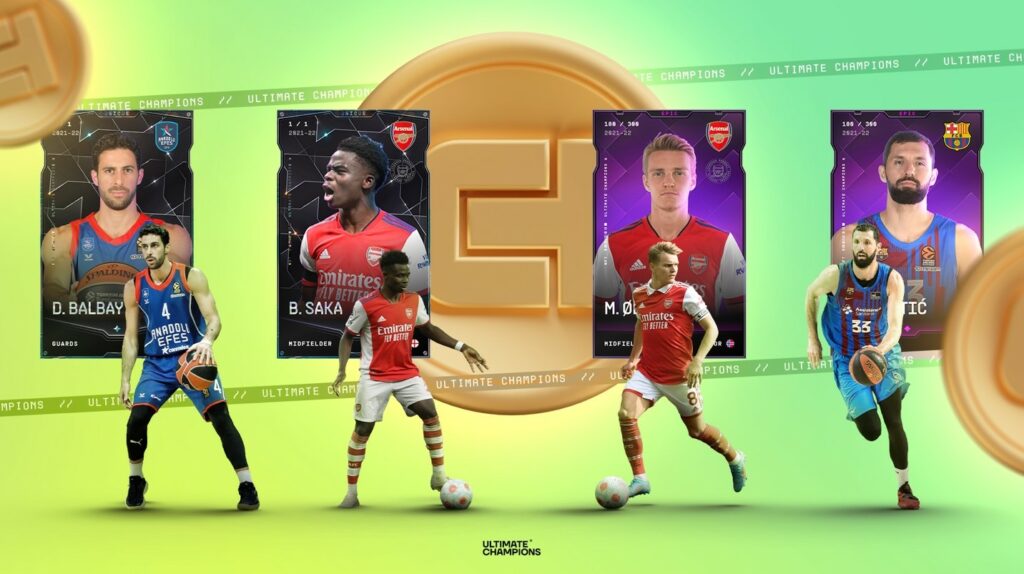 PRESS RELEASE. Unagi is shifting the way sports fans interact with their favorite sports clubs through their innovative free-to-play and play-to-earn fantasy sports game: Ultimate Champions. Live since April 2022, the company has shaken the industry with several trailblazing successes including:

Launching its fantasy football game with over 40 clubs, including the English Premier League powerhouse Arsenal FC
Registering more than 20K active users in only 30 days
Inking a pioneering deal with the EuroLeague, including 38 of the biggest basketball teams in Europe such as Real Madrid and Barcelona

Gameplay: The game leverages more than 50 data points per athlete per match to score the athletes in a holistic manner, rather than just looking at goals and assists
Ownership: The game officially licenses digital cards hosted as NFTs on the Polygon blockchain allowing players to own, collect, and trade their favorite athlete’s card
Play-To-Earn: The game rewards users with new NFTs and in-game currency, the CHAMP token, which they can use to buy, collect, and trade athletes on the marketplace

An innovative token to fuel the in-game economy

The token launch will begin on July 25th, the token listing price, exchange and time of release is yet to be announced. The token will be found under the listing name CHAMP.

We expect announcements on the CHAMP to take place in the coming days. Follow their social media pages up to stay up to date on the token launch – link

In-game purchases: Users will be able to purchase athlete packs containing NFTs. These NFTs can be played with in the fantasy game to earn frequent rewards or sold openly on the Ultimate Champions marketplace. More details on the different rarity of cards & the marketplace function can be found here
P2E rewards: 20% of the overall CHAMP token supply has been allocated to rewards earned through playing the game, where they are issued to the top performing managers in the game
Staking: Holders of the CHAMP token will be given the opportunity in the future to stake their token in exchange for accessing unique bonuses & rewards in the game
Exclusive content: Holders of the CHAMP token will be able to gain exclusive access to sports clubs partnered with Ultimate Champions (e.g. events, player access etc.)

CHAMP will be unlocked in a predetermined schedule which lasts for 33 months from the public sale. The initial circulating supply is set to 141.5M $CHAMP – 14.15% of the total supply.

Further details regarding the tokenomics can be found here.

Increase the number of leagues and clubs on the platform

Ultimate Champions’ team have already developed licensing agreements with 80+ major sports franchises across two of the world’s most popular sports: Football & Basketball. Future plans include broadening the number of participating leagues across Europe, Asia and Latin America – with several flagship brands already in the pipeline.

Ultimate Champions’ team is on a mission to reinvent fantasy sports. The new scoring methodology will be coupled with new game modes – Tournaments, to be released in August 2022, with the third gamemode, Clash, hinted to be released in Q4 2022. This will create new ways for fans to leverage their athlete NFTs within the game. You can find more information here.

Ultimate Champions aims to become the go-to fantasy sports platform across the world. This challenge will involve engaging with a set of new-age consumers who have grown up around games and who are looking for deep and meaningful relationships. Ultimate Champions’ partnership strategy involves linking real life rewards (tickets to games, club merchandise, player access, on-pitch-events) to player engagement. Creating a completely novel experience for fans around the world and boosting community engagement and retention.

We are extremely excited to continue to follow the journey of Ultimate Champions as it strives to become the number one player in the market.

The launch of its CHAMP token is scheduled on July 25th, all announcements related to the listing price, exchange and listing time will be communicated across their social media in the upcoming days.

Find below all the relevant links to play the game, read about the project and interact with their social media pages: