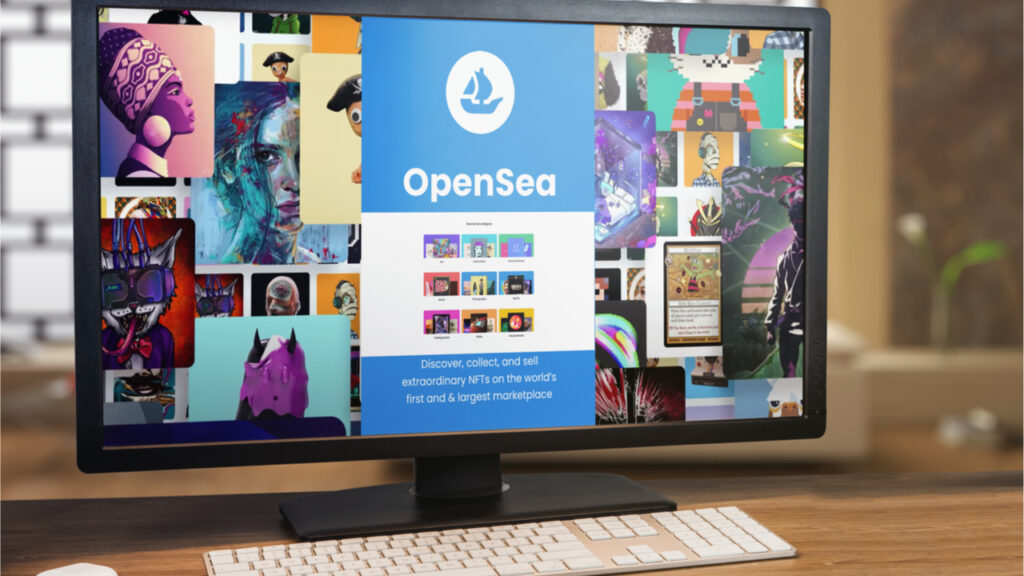 The largest non-fungible token (NFT) marketplace by trade volume, Opensea, has announced the company has let 20% of its staff go after CEO Devin Finzer said the layoffs were due to a combination of “crypto winter and broad macroeconomic instability.” Opensea’s decision follows the startup surpassing $31 billion in all-time NFT sales volume, and the company adding a variety of new support features.

Opensea joins the growing list of crypto asset companies announcing layoffs this year, as the crypto market downturn has affected nearly every aspect of the industry. On July 14, 2022, Devin Finzer, Opensea’s chief executive officer, explained the company had a “hard day,” after it had to let go around 20% of the firm’s workforce. Finzer further shared the note that he wrote to members of the Opensea team before announcing the layoffs via Twitter.

Finzer’s note to the team says that management had to make an “incredibly sad and difficult decision,” and the statement highlighted the fact that the industry was dealing with a demanding “crypto winter.” Finzer added that Opensea needs “to prepare the company for the possibility of a prolonged downturn.” The CEO explained that the changes will help the company continue strong with “multiple years of runway.”

The move comes at a time when a myriad of tech companies, blockchain firms, and cryptocurrency businesses have laid off thousands of workers. Last week, Meta explained that it was slowing its hiring process and hinted at future layoffs. Firms such as Bitso, Robinhood, Coinbase, Gemini, 2TM, Rain Financial, Blockfi, Bitpanda, Buenbit, and Crypto.com have all announced layoffs. The Austrian exchange Bitpanda detailed that it had to let staff go in order to “navigate the storm and get out of it financially healthy.”

While many crypto companies have let people go, there are still a number of positions available in the digital currency and blockchain industry. This past weekend, Binance co-founder Yi He told Fortune that the company still has jobs available. “We currently have more than 2,000 roles open from engineers, product, marketing to business development,” Yi He said. “The crypto space is still in its early stages, and bull markets tend to care more about price while bear markets have more value-conscious teams that continue to build the industry. We see this as a great time to bring on top talent,” the Binance co-founder noted.

Opensea’s Finzer continued to compliment the employees that were leaving on Thursday in his Twitter thread. “The folks leaving us are smart, hardworking, mission-driven individuals who’ve played an immeasurable role in growing OpenSea and the NFT space to where we are today,” the CEO wrote. “We will miss them and they will forever be part of our story and community.” Finzer’s Twitter thread highlighted that the CEO still had an “immense conviction in the NFT space,” and he further noted that Opensea had a role to play in the growing sector.

“During this winter, we’ll see an explosion in innovation across the ecosystem,” Finzer remarked. “And with the changes we’ve made, we’re in a strong position to continue driving the space forward.”

Prior to the company’s layoffs, data shows that Opensea has recorded a total of $31.29 billion in all-time NFT sales volume. The NFT marketplace added Solana (SOL) network support in April, and during the same month the crypto startup Moonpay announced the option to pay for Opensea NFTs with credit cards, Google Pay, and Apple Pay. During the first week of January 2022, Opensea revealed the company secured $300 million and later that month, the company acquired Dharma Labs. The exact total of how many Opensea employees were let go is unknown.

Opensea’s Finzer added that the leading NFT marketplace is focused on its goals. “When the global economy is uncertain, our mission to build a foundational layer for new, peer-to-peer economies feels more urgent and important than ever,” Finzer concluded.

What do you think about Opensea laying off 20% of the company’s staff? Let us know your thoughts about this subject in the comments section below.