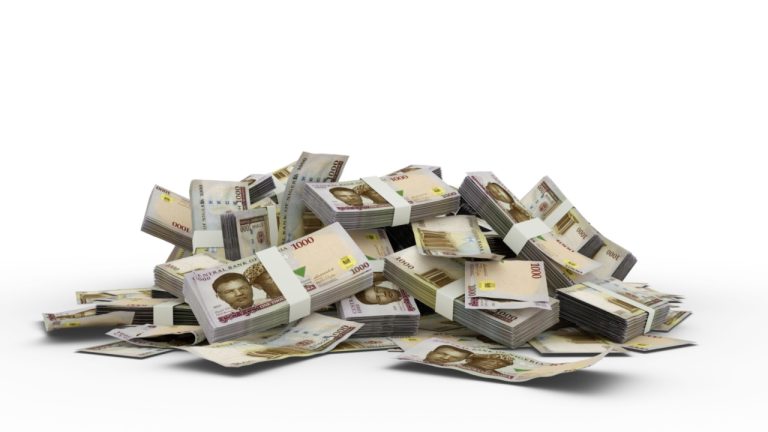 The Central Bank of Nigeria should be discontinuing the fixed exchange rate system and let the naira freely float against the major currencies, Alhaji Aminu Gwadabe, the leader of a Nigerian association of bureau de change operators has said. The leader also slammed the recent adjustment of the central bank’s interest rate to 13%, which he said could have a negative impact on Nigeria’s underperforming economy.

Central Bank Told to Intervene to Save the Naira

The leader of a Nigerian association of bureau de change operators, Alhaji Aminu Gwadabe, has urged the country’s monetary authorities to consider allowing the local currency to freely float against the U.S. dollar. According to Gwadabe, doing this will help to prevent further depreciation of the naira.

In an interview with the News Agency of Nigeria, Gwadabe is also quoted advising the Central Bank of Nigeria (CBN) to consider intervening in foreign exchange markets. He reportedly said:

CBN should contemporaneously undertake a large-scale dollar intervention in the open market that can inspire confidence in the Naira and checkmate the current tailspin. Once there is a significant positive movement, the market will react and, in all probability, spur an avalanche of panic selling and further buoy the Naira.

Gwadabe also reportedly said the CBN could still make a profit through a buyback of the dollars on the open market.

The comments by Gwadabe, whose organization’s members were previously accused of fueling the naira’s freefall on parallel forex markets, followed recent reports of the naira’s plunge and the CBN’s subsequent call on Nigerians to stop using the greenback for speculative purposes. With the latest plunge, the naira’s parallel market exchange rate of slightly over N700 for every dollar versus the official exchange rate of N424 implies the currency may be overvalued by nearly 70%.

Cashing Out Remittances in Dollars Exerts Pressure on Naira

Meanwhile, the News Agency of Nigeria report also quotes Gwadabe questioning the CBN’s decision to adjust the monetary policy rate (MPR) to 13% per annum. According to Gwadabe, the adjustment is likely to have a negative impact on Nigeria’s underperforming economy.

“Increasing the MPR contracts the supply side, it is the wrong prescription. Let’s not copy the Americans who target inflation with FED rates to curb money supply; their factors of production have been fully mobilized, ours is at less than 20 per cent and requires stimulation of the supply side,” Gwadabe is quoted explaining.

Instead of hiking the rate, Gwadabe recommended cutting the rate to 5% which he said “looks more appropriate.”

Concerning the CBN’s decision to allow recipients of remittances to cash out in dollars, Gwadabe claimed this “fuels currency substitution.” Besides exerting more pressure on the exchange rate and inflation, this central bank policy “does not have a statutory backing unlike domiciliary accounts, therefore, it is illegal.”

Gwadabe also claimed that the solution to Nigeria’s currency woes “has to be psychological too” because the current “panic buying is driven more by psychology and less by economic fundamentals.”