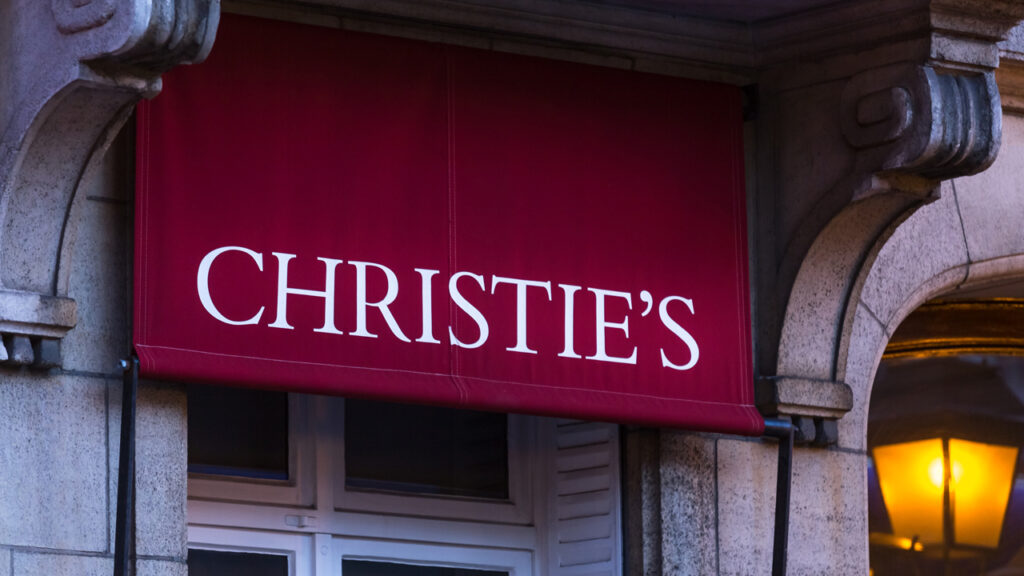 On Monday, Christie’s, the leading British auction house founded 256 years ago in 1766, announced the launch of a new venture fund called Christie’s Ventures. According to the announcement, the company’s venture arm plans to focus on “[Web3] innovation, art-related financial products and solutions, and technologies that enable seamless consumption of art.”

The British auction house Christie’s has revealed a new venture fund that aims to support “emerging technology and fintech companies.” The firm said that it plans to work in unison with its portfolio startups in order to accelerate growth and push Christie’s activities into innovative directions.

With premises located in London, New York City, and Hong Kong, Christie’s is the largest second-largest auction house in terms of auction turnover behind Sotheby’s and above the auction firm Phillips and China Guardian.

Christie’s has been into digital currency and blockchain solutions for some time now. In September 2020, the auction house sold the first bitcoin artwork ever when Christie’s presented Block 21 of “Portraits of a Mind.”

The following year, the auction house accepted bitcoin (BTC) for a painting worth $6 million. The painting was crafted by Keith Haring and sold at Christie’s “20th/21st century” sale in London.

For some time now, Christie’s has been auctioning blue-chip non-fungible tokens (NFTs) and was the auction house behind Beeple’s “Everydays: The First 5,000 Days” NFT that sold for $69.34 million. Christie’s has been behind auctions featuring Cryptopunks, Meebits, and Bored Ape NFTs, alongside a full set of NFT Curio Cards.

In addition to Christie’s, auction house competitors Sotheby’s and Phillips have stepped into the crypto and NFT space as well. As far as Christie’s new venture arm is concerned, the auction house’s first portfolio company is a startup called Layerzero Labs.

According to Christie’s, “Layerzero is a cross-chain interoperability company with a strong vision and business model within a broad addressable market. The company reduces friction in a client’s ability to move assets between blockchains.”

Christie’s press release highlights that the company has been involved with technological innovation for years now and was one of the first international auction house companies to offer online auctions.

“As a global leader in the art market, Christie’s has both an incentive and a responsibility to further innovation and deepen experiences for our clients,” Ben Gore, Christie’s chief operating officer said in a statement. “The intersections of technology and financial products are increasingly relevant and prevalent, and we believe strongly in the opportunities ahead.” Gore added:

For the companies we select to work with, as well as for our clients, the Christie’s Ventures value proposition combines the power of our brand and capital together with our network and expertise; it is another example of the formidable Christie’s advantage.

Christie’s follows the launch of “Sotheby’s Metaverse” which was launched in October 2021 and featured artists like Paris Hilton after the platform opened. The newly appointed global head of Christie’s Ventures, Devang Thakkar, believes the auction house is in a good position to provide growth to technologically innovative ideas and startups.

“Our leadership has provided us with an excellent vantage point thus far and the launch of Christie’s Ventures will allow us to develop further and faster with entrepreneurs who have a strong track record of building great products and companies,” Thakkar remarked during the announcement.

What do you think about the newly launched Christie’s Ventures? Let us know your thoughts about this subject in the comments section below.