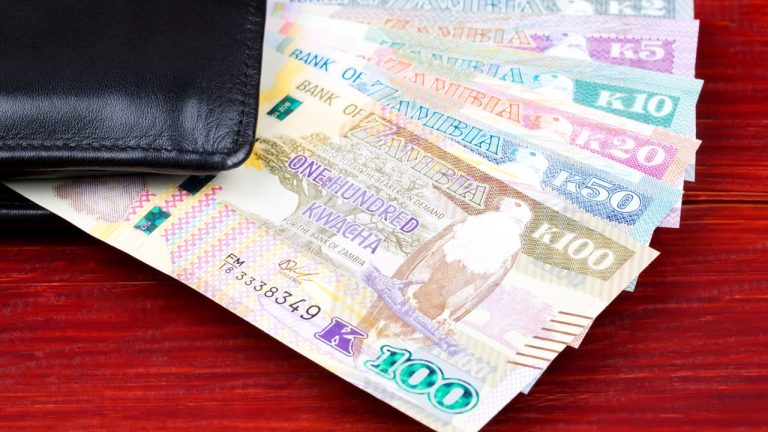 After the International Money Fund revealed it had approved a bailout package for Zambia, the Southern African country’s currency, the kwacha, rallied by 3.1%. Following this gain, the kwacha took the Russian ruble’s position as the world’s best-performing currency in 2022.

Zambia Still ‘Has a Long Way to Go’

The Zambian kwacha currency, which currently trades at K15.40 for every dollar, became the world’s best-performing fiat currency when it was announced that the International Monetary Fund (IMF) had approved the $1.3 billion bailout for the country. With a year-to-date gain of over 18.25%, the kwacha has taken the Russian ruble’s position as the world’s best-performing currency.

According to a Bloomberg report, news of the International Monetary Fund (IMF)’s approval of the $1.3 billion financial bailout to the African country saw the kwacha rally by 3.1% in a single day. Zambian officials including President Hakainde Hichilema — who is popularly known as “HH” — have touted the currency’s gains and the approval of the bailout as proof that the new government’s policies are working.

I didn’t go to bed until the IMF board passed the Zambia issue. Minutes later, the MD [Kristalina Georgieva] herself sent me a message: HH, it’s done.

Joseph Kalimbwe, a Zambian government spokesperson, said in a tweet that while the kwacha had overtaken the ruble, the “country still has a long way to go.”

Meanwhile, economist Patrick Chileshe is quoted in a Pindula news report suggesting that the kwacha’s resurgence may be tied to the low demand for dollars coupled with the Zambian central bank’s intervention.

“We have seen the Kwacha gain strength, and that was driven by increased foreign exchange supply to the market by the Bank of Zambia which was consistent in the market, whereas the demand for US dollars has been low and that led to the appreciation of the Zambian kwacha,” Chileshe is quoted saying.

In addition to helping the kwacha become the world’s best-performing currency, the Zambian government’s policies are thought to have have contributed to the drop in the inflation rate from over 24% in August 2021 to 9.8% by June 2022.