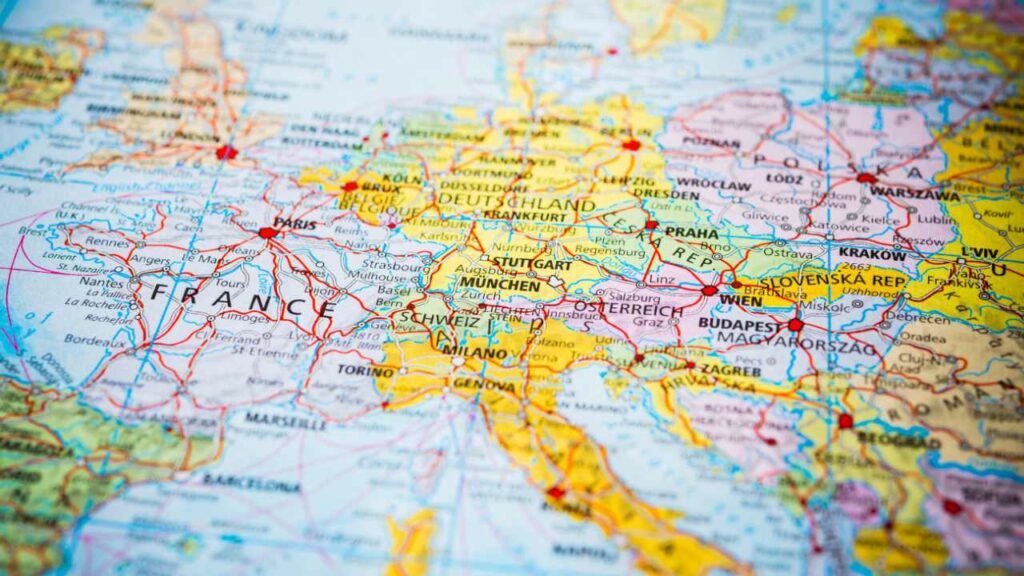 Global investment banks Goldman Sachs and JPMorgan have predicted an imminent recession in the euro area. “The risks to our forecast are skewed toward a sharper recession in the event of an even more severe disruption of gas flows, a renewed period of sovereign stress or a U.S. recession,” said the economists at Goldman Sachs.

Goldman Sachs’ analysts, led by chief European economist Jari Stehn, expect a euro-area recession in the second half of this year that will last until the end of the year. They are also predicting a contraction of 0.1% in the third and 0.2% in the fourth quarter, expecting growth to return in 2023.

“Looking across countries, we have Germany and Italy in clear recession in the second half, while Spain and France continue to grow,” the Goldman Sachs economists detailed, elaborating:

The risks to our forecast are skewed toward a sharper recession in the event of an even more severe disruption of gas flows, a renewed period of sovereign stress or a U.S. recession.

The economists highlighted some reasons for the downturn, including a looming gas crisis and Italy’s political troubles that could delay the disbursement of European Union aid.

In a note published Wednesday, JPMorgan warned that the eurozone will be in a mild recession by early next year. The bank’s economists have cut their economic forecasts. They are now predicting a GDP growth in the eurozone of 0.5% this quarter, followed by a contraction of 0.5% in both the fourth quarter of this year and the first quarter of next year.

We expect the ECB [European Central Bank] to deliver another 50 basis points of hikes by year-end.

The two global investment banks’ recession forecasts follow a warning on Tuesday by the International Monetary Fund (IMF) that both Europe and the U.S. would see virtually no growth next year if Russia completely cuts off Europe’s gas supply and further reduces its oil exports.

Meanwhile, the U.S. economy contracted from April to June for a second straight quarter. The Bureau of Economic Analysis reported Thursday that the country’s GDP fell 0.9% at an annualized pace for the period. However, President Joe Biden has repeatedly dismissed recession fears. In addition, Treasury Secretary Janet Yellen said Thursday that the U.S. economy is in a state of transition, not recession.

What do you think about the predictions by Goldman Sachs and JPMorgan? Let us know in the comments section below.