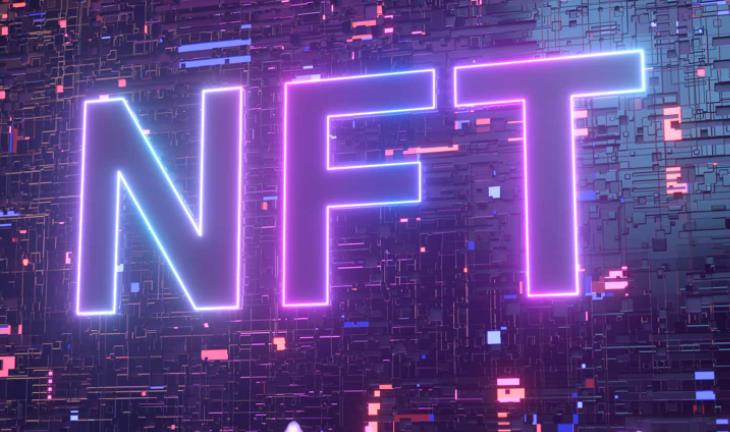 When it comes to the most popular digital assets in 2021, NFT is none other than NFT. Today, the popularity of NFTs around the world is unstoppable, and many well-known players, movie stars, and singers around the world have also launched their own NFT series.

Maybe many people find the word “NFT” a little difficult to understand, after all, the technical terms involved are very obscure and difficult to understand. In fact, in easy-to-understand terms, an NFT is an independent, non-interchangeable unit of data stored on the blockchain. The blockchain is a digital ledger, and NFT holders need to obtain proof of ownership from the digital ledger – is this an easy explanation?

Currently, this is the most popular type of NFT. Every digital artwork has a certificate of authenticity and ownership, issued by the digital ledger in which it is stored. The most expensive NFT digital artwork so far is The First 5000 Days, sold by artist Beeple at Christie’s in March 2021, for a whopping $69.3 million.

Collectibles are the first type of NFT ever launched. They are inspired by some physical collectibles, such as Pokemon cards or some old-fashioned toys, but in digital form. In fact, many people do not know that Curio Cards is the first large-scale NFT collectible ever launched, and several other collectibles launched after this, such as Bored Ape Yacht Club, Cryptopunks, Cat Colony, Meebits, etc. are now It has become popular all over the world and has become a sought-after object by collectors. Among them, the Bored Ape Yacht Club is by far the most valuable digital collectible.

In this type of NFT-based digital games, players can get rewards in cryptocurrencies, digital assets or other NFTs by participating in the game. The first NFT digital asset game that appeared in this field was Axie Infinity, and then a large number of similar games emerged, such as CryptoKitties, Gods Unchained, Sorare, etc., and gradually became popular among players.

Virtual lands include digital games and lands in the metaverse. Don’t look at this type of assets that look tasteless and have little practical value, but they have huge potential. These virtual lands can be used to place ads in digital games, create virtual assets, and more.

A few years ago, one might not have imagined that memes could have any added economic value. However, in this wave of NFTs, meme has also become a very valuable digital asset. The earliest Doge meme was born in June 2021, when it sold for $4 million. In addition, a batch of memes such as Disaster Girl, Bad Luck Brian, Success Kid, NyanCat are also highly valued, and the selling price is sky-high. Among them, the meme named “Disaster Girl” sells for more than 470,000 yuan. Dollar. The creators of these memes became rich as a result, and the meme market became a lucrative one.

These encrypted domain names minted on blockchains such as Binance Smart Chain or Ethereum have a total of more than 500 domain name suffixes, the most popular of which is “.eth”. Encrypted domain names do not depend on any centralized authority, and are an asset that everyone yearns for. Additionally, they can be linked to crypto wallets. However, the biggest disadvantage of encrypted domains is that most browsers don’t currently support them.

Music is an emerging field in the NFT boom. Typically, artists pre-release their albums on the NFT marketplace before releasing them on traditional streaming platforms. Buyers can purchase a part of the NFT of the album in the pre-release stage, similar to the form of equity participation, and then when the album is released through traditional channels, the buyer can share the income brought by the album. Although this business model has not yet become the transaction method for all music NFTs, a considerable number of transactions have begun to follow this model. For example, in March 2021, the album “When You See Yourself” by the American rock band Kings of Leon split its album into multiple NFTs for sale in a similar manner.

The emergence of NFTs has brought various innovations to the way of daily transactions, and of course it will not fall behind in the field of ticketing. Now, using the blockchain platform, tickets for various events can be minted, and then auctioned by the organizer, and of course can also be sold in the form of a buy-in price. To be sure, NFT-style ticket sales can significantly reduce ticket counterfeiting and give buyers the feeling of buying collectibles (as these tickets can also be kept and resold as collectibles).

Reading this, you may be wondering if NFTs are only tied to digital and virtual assets? The answer is no, NFTs also have applications associated with real-world assets. A real-world asset NFT (rwANFt) is a token that represents virtual ownership of a physical object. Like digital NFTs, rwANFT tokens not only prove ownership of an item, but also have legal effects in terms of warranty, insurance, enforceability, and more. Since the tokens cannot be counterfeited, and the digital ledger is transparent and fraud-proof, rwANFT provides an additional layer of security.

As crazy as this may sound, it’s hard for the average person to understand that fashion can be virtualized. Unexpectedly, however, fashion NFTs are not only very real but also have a very considerable market value. Fashion NFTs often include custom apparel and accessories for digital avatars and video game characters. Not only that, but luxury brands Louis Vuitton and Burberry also launched a series of fashion NFTs, including kimonos and sneakers for digital images.

It has to be admitted that NFTs have gained huge real-world attention, thanks to their irreplaceability and the transparency of digital ledgers. One practical real-world application of identity-based NFTs is to provide individuals with proof of identity, and self-sovereign identities and bridging protocols are some of the use cases in the field of personal identification.

This category includes everything not covered by the previous 12 categories, including tweets, blogs, Instagram posts, and more. In other words, anything that can be minted on a digital ledger and is irreplaceable falls into this category. For example, the first tweet of former Twitter CEO Jack Dorsey sold for $2.9 million.

No one should have imagined that today’s NFT market will develop so vigorously, with countless new NFT projects coming out every day. New technologies are constantly being created to meet our basic needs and desires. Today, NFT is not only closely related to digital assets and virtual assets, but with the continuous breakthrough of technology, NFT applications related to the real world have also been created, and transactions will become more transparent and secure from now on.

Nonetheless, the development of NFTs has only just begun, and future NFTs will have a far-reaching impact on the way we live, socialize, and invest, and the ability to integrate different NFT utilities will bring us unimaginable value.