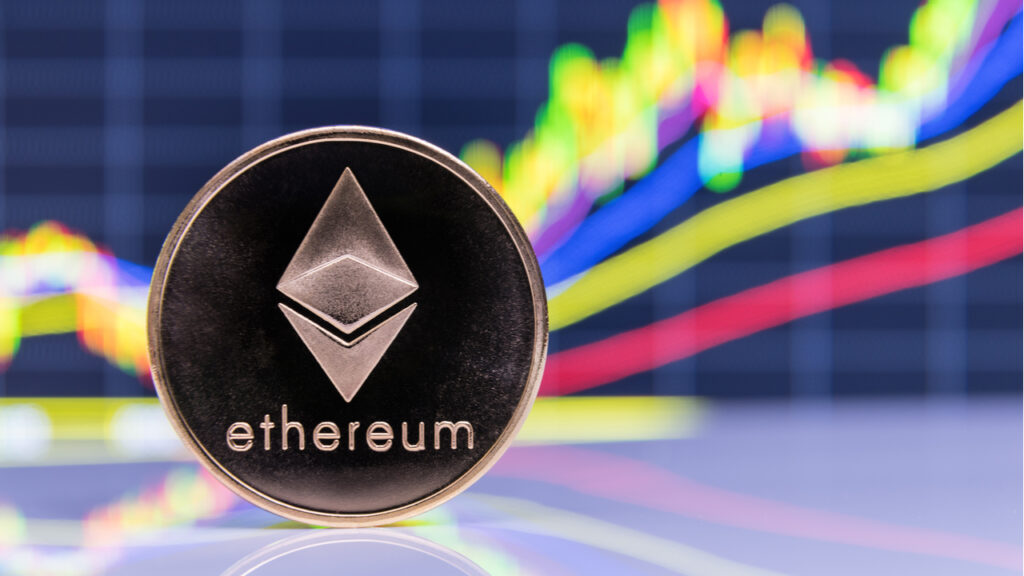 Ethereum was once again higher on Monday, as prices of the token moved towards $1,500 following recent gains. Bitcoin was also in the green, as prices climbed close to a one month high, after surging above $22,000 to start the week.

Bitcoin (BTC) was in the green to start the week, as the weekend’s bullish momentum continued in today’s session, sending prices over $22,000.

The move has seen bitcoin briefly break out of a key resistance level for the second time in under ten days, however it is still uncertain if the surge will be sustained this go around.

This resistance at the $22,300 has been one of the main stumbling blocks for price growth, with bears typically re-entering at that point.

As seen on the chart, this has somewhat already occured with bullish pressure turning bearish, as traders abandon earlier positions, choosing to secure gains instead.

This also coincides with the 14-day RSI hitting a ceiling of its own at 55, which is its highest point in over three months.

Ethereum (ETH) was the big gainer out of the top two tokens on Monday, as it too raced to a one month high, however, climbing by nearly 10% in the process.

Ethereum started the week by hitting a high of $1,493.23 on Monday, which is its highest point since June 12.

The last of these was the resistance point of $1,300 which was broken on Saturday, and thus opening the flood gates to an onslaught of bulls.

Like bitcoin, the 14-day RSI indicator is now tracking at a three month high above 65, which in the past has been a point of uncertainty.

Although very close, prices have not yet reached the $1,500 point, and it appears that this is the point that bulls are targeting.

Will ether hit $1,500 by the end of the day? Leave your thoughts in the comments below.