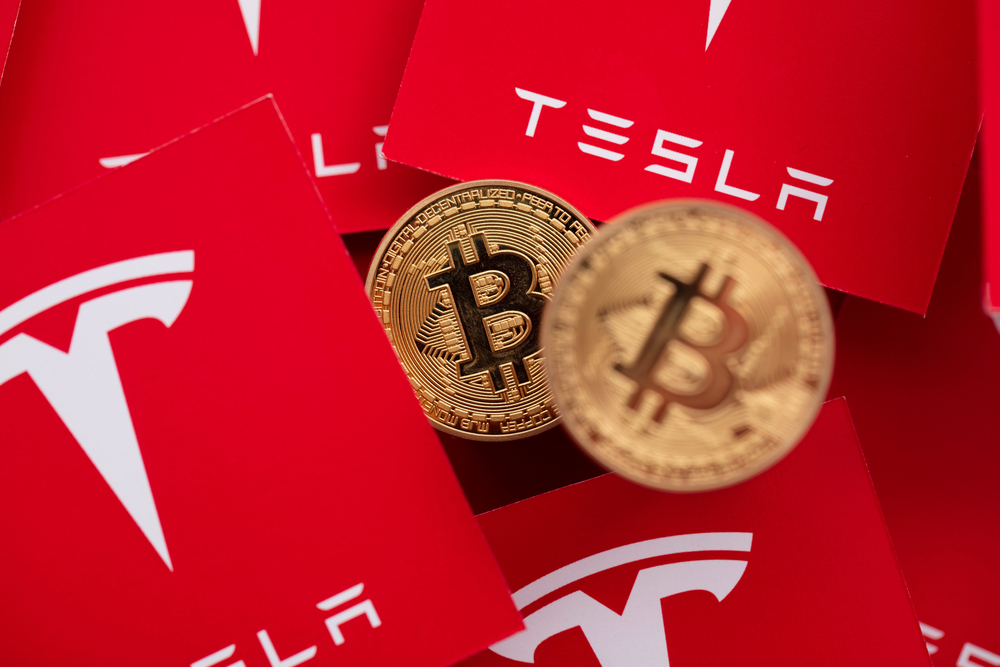 Bitcoin was trading lower in today’s session, as it was revealed that Tesla had sold 75% of its holdings in the cryptocurrency. The news comes following the company’s Q2 earnings call, where they confirmed converting the token into fiat currency. Ethereum was also lower on the news.

Following a recent run of gains, bitcoin (BTC) fell lower in today’s session, after it was revealed that Tesla had sold 75% of its holdings in the token.

Tesla stated that, “As of the end of Q2, we have converted approximately 75% of our Bitcoin purchases into fiat currency.”

Ultimately, the shift in momentum comes as price strength was already nearly overbought, with the 14-day RSI tracking near a ceiling of 62 on Wednesday.

This resistance has now firmly been held, with the index now at a reading of 57, and a floor of 51 its next possible target.

Should this bearish sentiment intensify, bitcoin could potentially begin to head lower, moving towards $20,000.

Ethereum (ETH) also saw its recent winning streak snapped, as the token fell back into the red during Thursday’s session.

The drop comes as sentiment around crypto turned bearish earlier in the session, with the global market cap trading 3.2% lower as of writing.

Looking at the chart, ethereum’s Relative Strength Index was tracking above 70 during yesterday’s session, which was a three-month high.

As of writing, the index now sits at 62, as bears have reentered the marketplace, with some anticipating further declines this week.

If prices are to move lower, the $1,300 support point will likely be a point of interest for bears in the market.

Will we see ethereum continue to fall heading into the weekend? Leave your thoughts in the comments below.