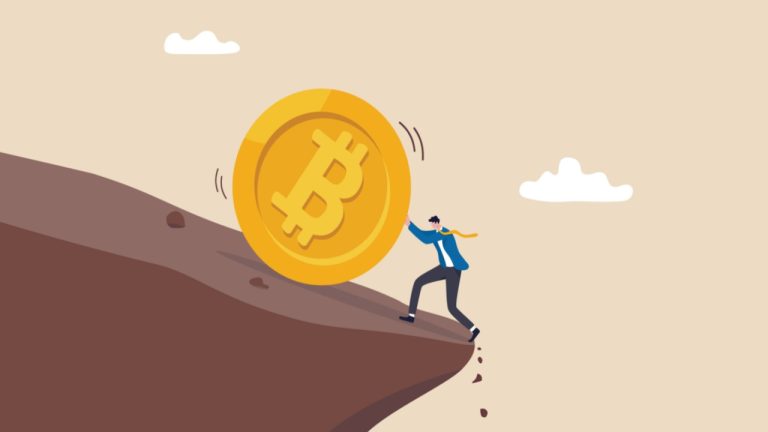 Bitcoin fell below $24,000 in today’s session, as prices collided with a key resistance level. Following a strong start to the week, crypto markets were mostly in the red, with the global market cap down 2.98% as of writing. Ethereum was also trading lower, moving close to a breakout below $1,700.

Following a strong start to the week, bitcoin (BTC) was trading in the red on Tuesday, as crypto markets were overcome with bearish sentiment.

Today’s low, which saw bitcoin fall by nearly $1,000 in the past 24 hours, came as prices collided with a key ceiling.

As can be seen from the chart, this ceiling was at the $24,200 level, which was last hit on the last day of July.

On that occasion, BTC rallied to as high as $24,600, before swiftly declining below the point of resistance.

The latest decline comes as the 10-day (red) moving average moved closer to a downward crossover with its 25-day (blue) counterpart, which often signals an upcoming downtrend.

Ethereum (ETH) was also lower on Tuesday, with its own price moving closer to a breakout below the $1,700 level.

ETH/USD slipped to an intraday low of $1,700.88, as bulls battled to keep the token from falling below this point.

Tuesday’s price retreat came as there was a breakout, with the relative strength index (RSI) marginally falling below its floor of 60.

Like with BTC, the 10-day moving average is also on a cusp of a breakout, however should price strength increase, then we may see ETH move back towards $1,800.

Do you expect ethereum to drop below $1,700 in today’s session? Leave your thoughts in the comments below.