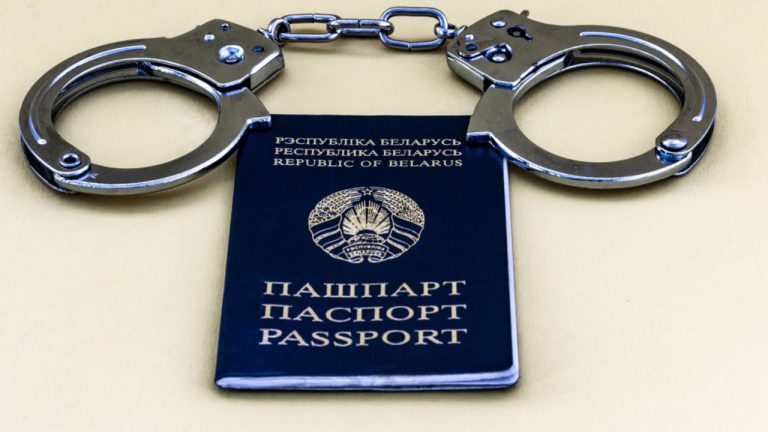 Law enforcement officials in Minsk are seeking international assistance to locate and detain the man who ran what is said to be the biggest online exchanger for cryptocurrencies in Belarus. The crypto trader has been accused of tax evasion and an investigation against three of his accomplices has estimated the losses for the state at $3.5 million.

Authorities in Belarus have recently completed a criminal investigation against three residents of the city of Lida, who helped the owner of an illegal crypto exchange platform to dodge taxation. Vladislav Kuchinsky, who managed Bitok.me (formerly Bitok.by) for two years, has been accused of “tax evasion on an especially large scale” and put on an international wanted list.

During that period, Kuchinsky and his “representatives” used the platform to facilitate the purchase and sale of “digital signs (tokens),” the legal term used to define cryptocurrencies under Belarusian law, with fiat cash and non-cash payments. They also offered exchange between cryptocurrencies, the Investigative Committee of Belarus explained this week.

In total, the Bitok’s operators conducted almost 8,000 transactions involving digital currencies for a total amount exceeding $29 million, a press release detailed. The estimated damage to the state budget, resulting from tax evasion in their activities, amounted to more than 9 million Belarusian rubles (over $3.5 million at current exchange rates).

The officials in Minsk also pointed out that the suspects used anonymization tools, SIM cards registered under fake identities, and accounts on foreign crypto platforms which allowed them to stay under the radar. Eventually, investigators were able to identify all participants in the crypto trading scheme, intercept their correspondence with clients, and trace their money transfers.

During searches, police confiscated computer equipment, documents, and withdrawn cash in the amount of $280,000. Belarusian law enforcement officers were also able to establish the bank accounts used by the accused in Belarus and Georgia that had 2 million rubles (almost $800,000) on their balances, and arrest them.

With assistance from Moscow, Belarus obtained a database with information about 2,000 of Bitok’s clients whose activities are also under investigation. Those who made the largest transactions, exceeding $50,000 in fiat equivalent, have been interrogated, the Investigative Department said.

Despite the detention of his accomplices and their prosecution, Vladislav Kuchinsky continued to run the online exchanger, advised clients to ignore calls from law enforcement, and attempted to withdraw funds from the frozen accounts. Belarus has now issued an international arrest warrant for the owner of Bitok and charged him with tax evasion in absentia.

The Investigative Committee emphasized that the operation of the crypto trading service was illegal as it was not duly registered as a resident of the Belarus High-Tech Park (HTP). The latter is responsible for implementing a special legal regime established to facilitate the development of the country’s digital economy, including its crypto sector.

Belarus legalized business activities related to crypto assets with a decree signed by President Alexander Lukashenko in 2017, which went into force in the spring of the following year. It introduced tax breaks and other incentives for companies dealing with digital currencies that register with the HTP in Minsk.

Although last spring Lukashenko hinted at a possible tightening of the rules for the industry and ordered the establishment of a crypto wallet register, and despite a ban on the use of bitcoin for payments, Belarus ranked third in Eastern Europe in terms of crypto adoption, largely due to strong peer-to-peer activity, as indicated by the Crypto Adoption Index produced by the blockchain analytics firm Chainalysis.

Do you expect Belarusian authorities to crack down on other unregistered crypto trading platforms? Tell us in the comments section below.