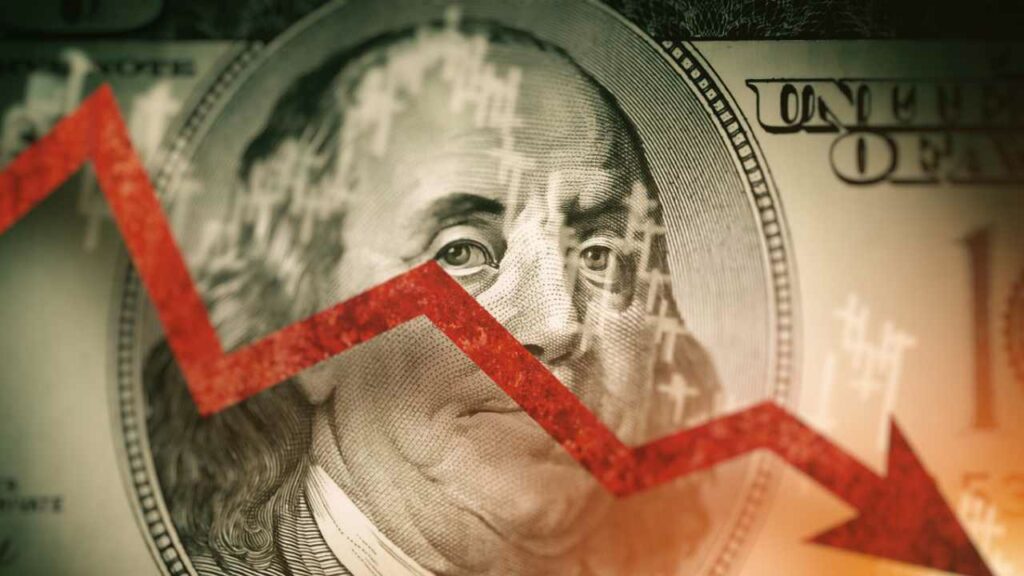 Bank of America has forecasted that the U.S. economy will slide into a recession this year. “A number of forces have coincided to slow economic momentum more rapidly than we previously expected,” the bank’s economists said.

US Economy Heading Into a Recession This Year, Says Bank of America

Bank of America’s economists now expect a recession in the U.S. this year. In a report published Wednesday, they explained: “Our previous baseline outlook for the U.S. economy featured a growth recession. But a number of forces have coincided to slow economic momentum more rapidly than we previously expected.” The analysts added:

We now forecast a mild recession in the U.S. economy this year.

They considered factors such as inflation from food and energy prices, tighter financial conditions, and higher mortgage rates. Bank of America estimated in June that there was a 40% chance of a U.S. recession next year.

The economists now expect the fourth-quarter U.S. gross domestic product to decline 1.4% from a year earlier, before increasing 1% in 2023.

Other banks that have forecasted a near-term U.S. recession include Deutsche Bank, which expects a recession to hit the U.S. economy next year. Nomura has forecasted a shallow but long recession of five quarters starting from the final quarter of this year.

The Bank of America analysts noted:

Our forecast puts inflation broadly in line with the Fed’s 2% mandate by the end of 2024.

They believe that the hottest inflation in four decades will force the Federal Reserve to take extreme actions to tame prices. The Fed raised interest rates by 75 basis points last month, which was the single-biggest move since 1994. Several Fed officials have signaled that another increase of the same magnitude is on the table for July.

Meanwhile, the U.S. Labor Department released a report Wednesday showing that the consumer price index (CPI) rose 9.1% from a year earlier, the largest yearly gain since 1981.

What do you think about the forecasts by Bank of America’s economists? Let us know in the comments section below.